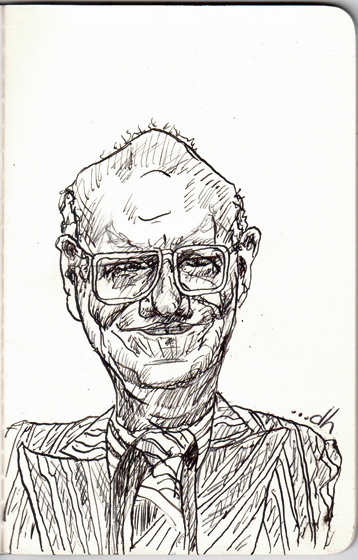 John Chilton’s obit (1933-2016) was in the New York Times today, an English trumpet player and writer / biographer. He died on February 25. The obituary that the Guardian put up was much better and the link is below. In it they write that he heard a Jelly Roll Morton track playing on the BBC when he was kid and was bitten by the Jazz bug that never let him go. He made his early living as a journalist, met a fellow writer crazy character named George Melly and started up a myriad of dance bands that toured British music halls. A terrific story worth the read and the video track embedded in the obit from a David Frost show is a hoot. …dh