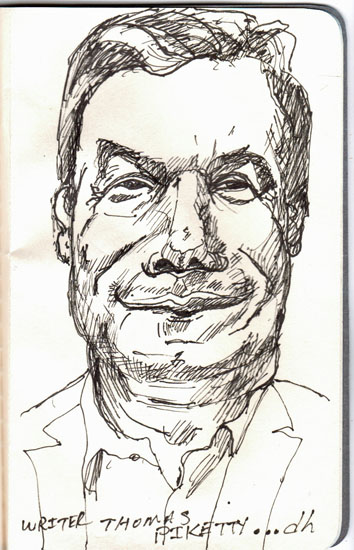 I sent this note to a friend early this morning: The link is to a piece that was in The Guardian, written by Thomas Piketty for ‘La Monde’ on the rise of Bernie Sanders. I don’t know if his premise that Bernie or someone like him will one day be President of the US but the facts and figures around the level of taxation between 1930 and the beginning of Reganomic’s in 1980 are fascinating and worth the read.

I remember hearing Malcom Gladwell humorously mention the incredulous response he got when he mentioned the same statistics to a group of wealthy people he was giving a talk to. As for Piketty I would say he is looking for evidence that his earlier theories are bearing out. …dh